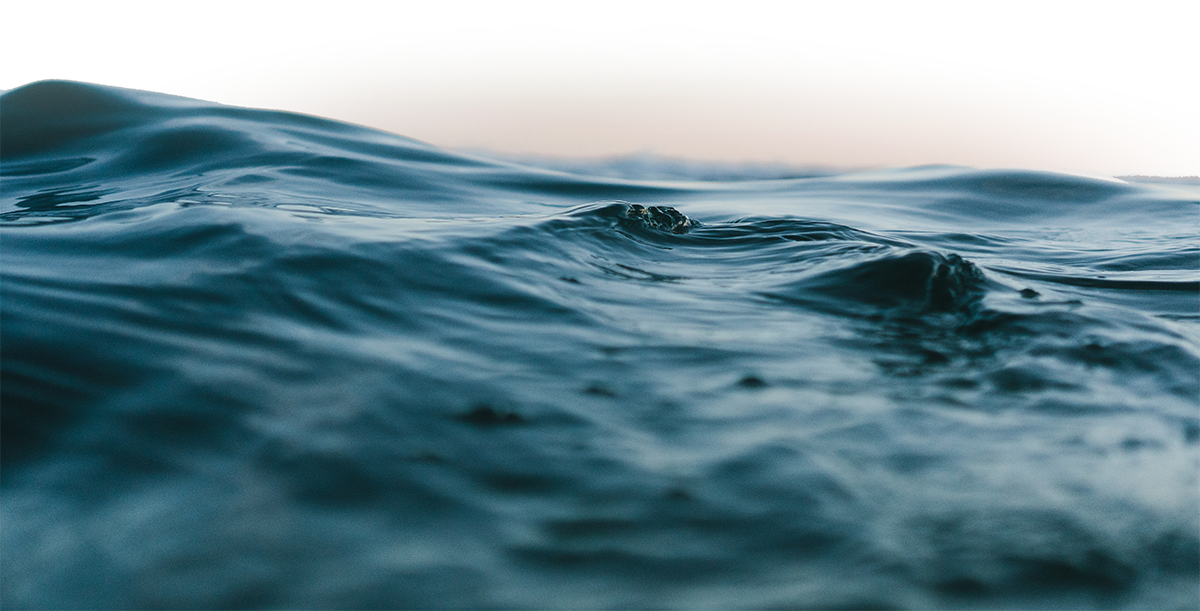 As a veteran teaching leader, Adele Funk knew how to balance work, family and ministry. But last fall, as she prepared her opening lecture for the Acts and Letters of the Apostles study, “it all just seemed like too much” for one person to handle.

“When we began this year’s study with the theme ‘Unstoppable,’ I told myself that any person with my circumstances would quit and questioned whether this was God telling me to step down from BSF,” Adele said. “Then the thought came to me that the one who opposes everything we do, and is against all that God wants to accomplish, is my accuser. He kept saying, ‘You can’t.’ And out loud I said, ‘I am not quitting!’ Only with God is all of this possible. Only with God does all of this make perfect sense.

“God is unstoppable, and so is His message.” 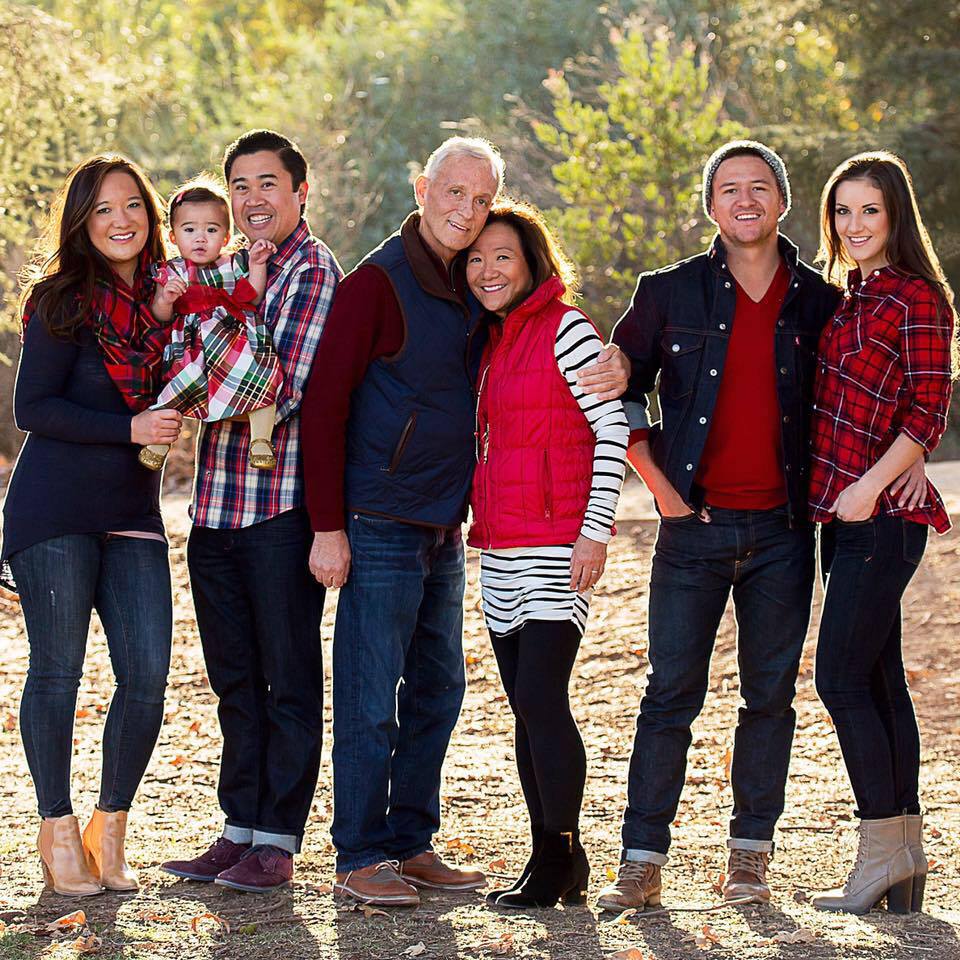 For years, Adele and her husband, Loren, sacrificed their time, money and comfort to serve the Lord. While building a community-living apartment complex that provides affordable housing for struggling families, they stood steadfast, even through adversity and opposition from the world.

The Funk’s son Tyler, 30, an experienced snow boarder, was in an accident that left him paralyzed from the neck down.

Adele clung to God’s promises, but in spite of reading her Bible and praying regularly, her joy in the Lord faded.

“We were sitting in a church service where the worship was over the top,” she said. “My husband was giddy, but I was irritated. I just kept thinking, ‘How can you be this happy when our son is in a wheelchair?’ At one point my son asked, ‘Mom, are you going to be sad for the rest of your life?’ ”

Adele believed that Jesus was sufficient, but trying to understand His purpose was painful.

Finally, while teaching Hebrews 12, God opened Adele’s eyes and softened her heart: “And let us run with perseverance the race marked out for us, fixing our eyes on Jesus …”

“I just prayed, ‘Lord, you have joy. I don’t have it. I can’t conjure it up.’ I had to come back to God’s attributes. He is good, He is trustworthy. 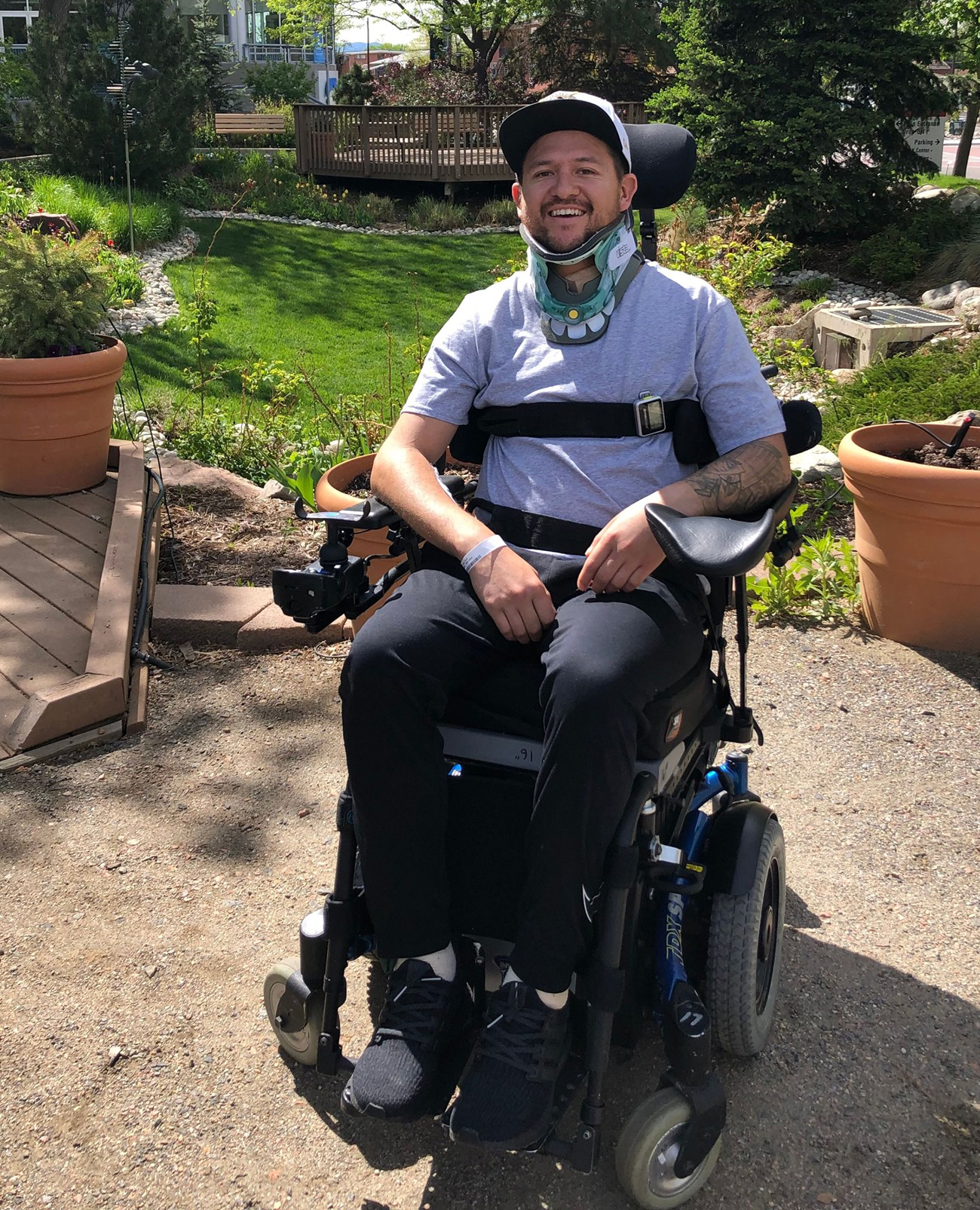 “It reminded me of the hemorrhaging woman. When she reached out for Jesus, He gave her exactly what she needed.”

Throughout the Acts and Letters of the Apostles study, Adele and Loren, who is also a BSF member, experienced God’s unstoppable power, grace and provision. And as the year ended with a study of James, the couple was reminded, once again, of unshakable joy, through James 1:2-3: “Consider it pure joy, my brothers and sisters, whenever you face trials of many kinds, because you know the testing of your faith produces perseverance.”

A Test of Confidence

Tyler’s injury put to the test Adele’s confidence in Christ. But it was not the first time the couple had to look beyond their circumstances to trust in Jesus. In 2012, while Adele was teaching the Acts study for the first time, God used several verses in James to redirect their life and purpose.

“I knew He was telling me, ‘You can’t look horizontally, you can’t look at what’s in front of you, you have to fix your eyes on Me.

“I couldn’t stop thinking about James 5,” Adele said. “I like to think I’m generous, but God, in His sovereignty, started putting poor people in our lives. They shared their struggles and told us about how they didn’t have a place to live.”

Two years before, Adele and Loren had sold their long-time home on a golf course to downsize to an upscale condominium in downtown Golden, Colo.

“I felt like God was saying, ‘Think about how many people you could house with the amount you have wrapped up in that condo,’ ” she said.

After praying extensively and re-reading God’s Word, Adele felt certain the couple was called to sell their condo and use the proceeds to build housing for homeless people in their area.

But would Loren agree? And where would they even begin?

“I think God used those same Scriptures to work on us separately,” Loren said. “One day we started talking and realized that we both had this desire, we were on the same page. People thought we were crazy, and a lot of them still do, but it was clear to us.”

A short time after reaching the same conclusion, a potential buyer knocked on the Funks’ door and offered to buy their condo. From there, they started looking for properties to build an affordable community-centered apartment complex.

When they discovered a property that was fully equipped with electricity and water service, the couple was on their way to breaking ground on what would later become Synergy Village.

“I felt like God was saying, ‘Think about how many people you could house with the amount you have wrapped up in that condo.’”

He Can Move Mountains

Loren, who co-owned a construction company for most of his professional career, had acquired the expertise and contacts to manage a large-scale project. But as plans progressed, the Funks’ faith was tested.

While family members and friends continued to question their decision, government regulations made the permit process especially difficult.

“We anticipated starting construction in June and the city threw a horrible list of obstacles in front of us,” Loren shared. “We were both down and depressed. Then we received an e-mail that said, ‘We’ve approved your application.’ I couldn’t believe it. We thought we were doing it on our own. I tried everything in my own power to get it approved, but only God could move the hearts of men.” 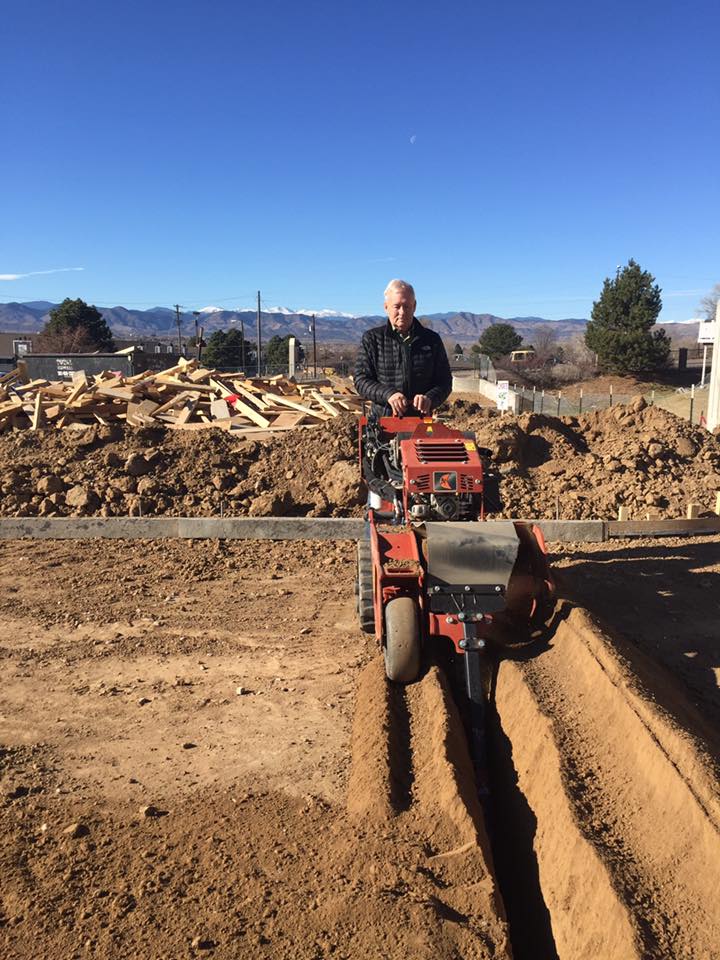 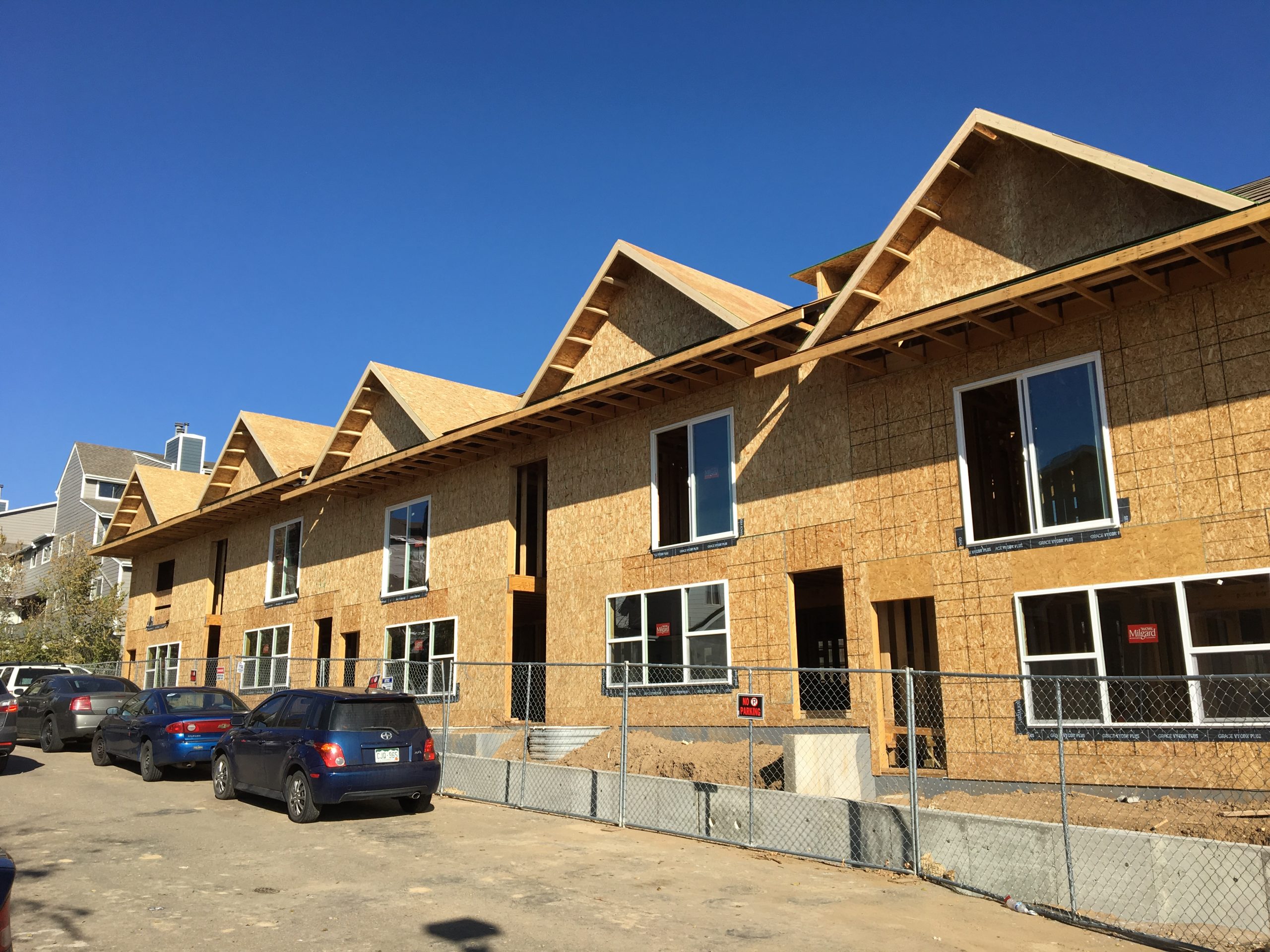 Later, Loren was unexpectedly diagnosed with liver disease. The finding was a shock, and they wondered why God called them to a building project that seemed ready to fail. But against all odds, Loren recovered.

“I don’t know why that happened, I’m not a smoker or drinker. I’m not one that had any of the normal diseases that caused liver failure, but my liver did fail. Then, a tremendous miracle went on in the process,” Loren said. “It was part of the journey God took us through to get to this point.”

Finally, after years of waiting and work, Synergy Village opened its doors in June 2018. Today, the complex is home to 36 residents, including Adele and Loren, who live in the center of the community. Their son, Tyler, and his wife also moved to Synergy after his accident. The only available unit was handicapped accessible and allowed the Funks to provide extra support during those early days of recovery.

“It’s one of the hardest things you can imagine as a parent, but watching someone suffer well is inspiring,” Loren said. “I know the other residents were watching us, thinking ‘Now, how are these do-gooders going to handle this?’

“In so many ways it’s been a privilege to get to know people on a deeper level that are different than I am,” Loren said. “When we read the Word of God, I hope we realize that there are some things that are not optional. God wants those of us that have been given much to take the responsibility to do well with what we have, to steward well what we have.”

“We thought we were doing it on our own. I tried everything in my own power to get it approved, but only God could move the hearts of men.”

In studying God’s Word, the Holy Spirit is faithful to speak to all who seek Him. Whether God asks us to tame our tongues through James 1:26, or care for orphans and widows in James 1:27, we know His Word is “alive and active … it judges the thoughts and attitudes of the heart” (Hebrews 4:12)

Too often we are tempted to say, “I’m too busy,” or “It’s just too hard.” But when we willingly surrender our lives for Christ, “… having stood the test, that person will receive the crown of life that the Lord has promised to those who love Him” (James 1:12).

“Taking the Bible at its word has been refining,” Adele said. “If it says I need to do this, I’m one of those people who says, ‘OK, how? And, what is the next step? Send the right person, Lord. And what do you want us to do with what we have?’ ”

Through opposition, illness and a tragic accident, the Funks persevered. They discovered God’s unstoppable joy and, in the process, impacted countless others.