As we emerge from a long season of uncertainty and isolation, many of us still struggle with ongoing challenges and lingering questions:

How do you feel about the future?

How do we find re-energizing purpose in our everyday life, regardless of circumstances?

Matthew 14 shares the story of Jesus feeding the 5,000. This is the only miracle besides Christ’s resurrection recorded in all four Gospels (Matthew 14:13-21; Mark 6:30-44; Luke 9:10-17; John 6:1-15), so it represents a pivotal event in the lives of Jesus and His disciples. The crowd is numbered at 5,000 men plus women and children, leading some scholars to estimate that the total crowd could have numbered 20,000 people or more.

Imagine yourself in the story. Who do you relate to in the passage?

If you were there that day, would you be in the crowd running to meet Jesus? Would you be the young boy with five loaves and two fish (John 6:9)? While we often focus on the actions of Jesus or the crowd, God also gives us insight through the disciples themselves.

Mark and Luke tell us that sometime before this day, Jesus had sent out the 12 disciples, two-by-two on a short-term mission trip. Jesus sent them with no money, no food, and no supplies to surrounding towns with His authority to preach repentance, drive out evil spirits, and heal the sick.

While the disciples were gone, Jesus learned that Herod had beheaded John the Baptist . As Jesus mourned His cousin, the disciples returned and excitedly reported all they had done and taught. Jesus then shepherded the small group to a solitary place where they could spend quality time together.

But God had a divine appointment for Jesus and the disciples on the other side of the sea.

Crowds amassed and Jesus’ compassion poured out through a long day of healing and teaching. The context leaves us to wonder, what were the disciples doing? Were they sitting at Jesus’ feet learning and getting equipped for future ministry? Were they focused on crowd control? Were they stealing away to nap after the “mountaintop high” of their amazing yet exhausting short-term mission trip?

None of the accounts tells us for sure, but as the day neared an end the disciples encouraged Jesus to send the crowd away so the people could find something to eat.

And Jesus shocked His closest friends by saying, “You give them something to eat.”

The disciples had nothing to give. Fresh off their breadless, moneyless, supply-less mission trip, they could not provide for themselves, much less for this enormous crowd. What could they offer? All they could do was bring to Jesus one young boy’s five small loaves of bread and two small fish.

Jesus worshiped God the Father, giving thanks for the provision and the miracle about to unfold. Then He took the five loaves and broke them in half. Creating 12 small offerings (10 bread and two fish), He gave one to each disciple to pass out. The disciples took their one piece and went into the crowd, working as the hands and feet of Christ among the people.

And after all, 20,000 had eaten and were completely satisfied, 12 basketfuls of leftovers remained: One basketful for each disciple to carry in awe as they celebrated the miracle in which they had just participated.

This long day concluded with an act of undeniable proof of Christ’s sovereignty and His desire for the disciples to carry out His mission. Their mundane act of service transformed into great work for the glory of God.

As Christ’s disciples today, we too are called, equipped, and invited to join His work in the world in our everyday workplace mission fields. We are:

Friends, all of us are created in the image of God, who works. And all of us work, regardless of the type of work and whether or not we’re paid for our work. Jesus invites all believers to live as His disciples and to work as His ambassadors (2 Corinthians 5:17–20) – right where He has strategically placed each one of us in this season.

As you look forward, consider this: What provision of “loaves and fish” has God entrusted to you?

Make a list of gifts, talents, experience, resources, and positions you have. Prayerfully ask Jesus how you can work as His hands and feet in your everyday circles, distributing your “loaves and fish” for His glory. This is our greatest work! Let’s join with Jesus and praise Him each step of the way. Let’s joyfully carry the overflowing basketfuls of blessings which display His continued love, care, and compassion for the lost and hurting people in our world. 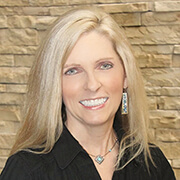 Dr. Joy Dahl is executive director of Polished, a network designed to gather working women to navigate the workplace and explore faith together. Dr. Dahl, a speaker, blogger, and Bible teacher, earned her doctorate at Dallas Theological Seminary.