How to Pray for Christians in Nigeria

Halfway through his morning commute, Luka’s senses are on alert. As he walks through the streets of Jos, Nigeria, Luka scans his surroundings for subtle changes. Even a slight shift in the mood or crowd could indicate immediate danger. 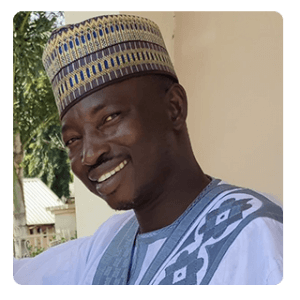 Luka’s path to work leads him directly through a Muslim neighborhood. Years ago, he was simply unwelcome here, but today, he is targeted. As a Christian, the days of unrest in the “middle belt” of Nigeria have turned into a real risk of persecution.

While statistics remain unclear, reports estimate that an average of 17 Nigerian Christians were killed per day in 2021. Thousands of school children have been abducted and held for ransom. Rural villages are targeted and burned, resulting in mass killings. In a January 11 attack, 100 homes were burned to the ground and 18 people were killed, including an 18-month-old child.

“Once I start the journey from my house, I rely on the voice of the Spirit to help me know if there is danger,” he said. “I have to know what is happening in front and behind. Once I sense something is not normal, I have to turn around.”

“God’s grace is sufficient for us in all things and at all times and in all circumstances,” he shared. “God’s presence has been a great encouragement. Knowing that what we are passing through is because we bear His name, we can continually go through persecution with joy and that is a blessing. Persecution is scriptural, it is prophesied, and it is fulfilled because God said we shall suffer when we follow in Jesus’ footsteps.”

Nigeria is divided religiously, about half of the population identifies as Muslim, while the other half are Christians. Most of the Muslim population lives in the north, while the Christian population mainly resides in the south. In the early 2000s, unrest began to rise throughout the nation because of the emergence of Islamic militant groups such as Boko Haram and the Fulani militia.

Christian massacres were formerly relegated to rural villages, especially in the northern part of the country, but the wave of persecution is moving southward. Located in the center of the country, the Christians in Jos are now experiencing increased abduction and economic oppression.

“Currently, there is kidnapping everywhere,” Luka said. “Christians are the major target.”

Hope in the Darkness

In the wake of increased violence, Luka considered suspending BSF meetings for safety, but class members were determined to meet. The group changed their class time so members could return home during daylight.

“This has not deterred our members from coming to class. I discovered something about our class members, the more there is attack and insecurity, the closer they grow to God. One thing I learned about BSF members is that they are willing to die for Christ,” Luka said. “There was a crisis in Jos two days before our meeting and I was thinking about stopping the class. That meeting we had the best attendance. They don’t want to miss a class because of what God is doing.”

As the class continues to study Matthew, Jesus’ teachings encourage those in their darkest moments. Finding hope through the compassion and miracles of Christ gives them confidence to cling to God’s Truth. Exploring Jesus’ fortitude when faced with the cross, and the joy of His resurrection, brings Philippians 1:21 to life — “to live is Christ and to die is gain.”

A Call to Pray and Remember

For each of us, the persecution of our brothers and sisters in Nigeria reminds us that our days are not our own. Jesus doesn’t promise us safety or comfort. He doesn’t guarantee that our lives will be long. But Matthew 28:20b promises that He will go with us as we walk in faith.

“In the places where there is no persecution, I pray you will use the privilege God has given to you,” Luka shared. “Walk in evangelism, walk in witness, walk in Christ, so we can turn the whole world to Him. We are very needful of the prayers of believers all over the world. While we are passing through this time of persecution, we feel your prayers through the Spirit. It is our joy that you are praying.”

Together, let us pray for the perseverance of our brothers and sisters in Nigeria. Let us always remember their suffering and find hope in their joy. Bound by Christ in His Spirit, may we “Go therefore and make disciples of all nations, baptizing them in the name of the Father and the Son and of the Holy Spirit …” (Matthew 28:19) 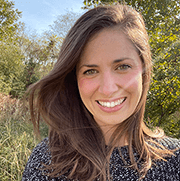 Bennett joined the BSF staff in 2017 after working for several publications, Christian ministries and non-profits. She loves to combine her passion for God’s Word and her journalism background to share stories of God’s Work in and through BSF. As a wife to a busy college football coach and a mom to four young children, BSF studies keep her relationship with the Lord grounded and focused. She loves to learn from fellow believers as God faithfully grows her each day.